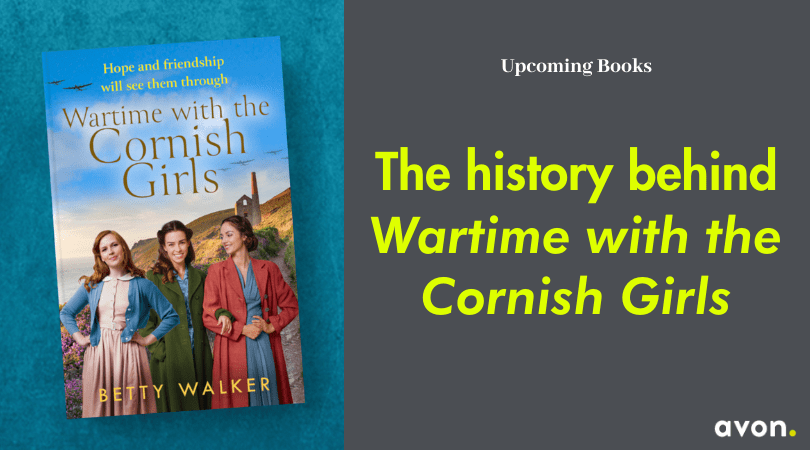 The History behind Wartime with the Cornish Girls

I’ve lived and worked in Cornwall for well over a decade now. It’s a peaceful, largely rural area, so you can imagine my astonishment on discovering that the underwater transatlantic cables that keep Britain’s internet running come ashore on a beach near where I live. When I started to dig deeper – pun intended! – my research led me to the south-west tip of Cornwall, to a beautiful sandy cove where pioneering Victorians first laid underwater cables between Britain and America, travelling a staggering distance of 3,800 miles, and later, an ever-growing network that stretches all around the globe. These days, we fire super-fast laser signals down fibre-optic cables. But in the early days, and right up until 1956, most of these cables used Morse code to transmit messages, until they were updated to carry transatlantic telephone calls, and much later, the internet.

Intrigued, I went to visit the Telegraph Museum at Porthcurno. This is where such messages were originally received and decoded, before being passed up the chain to London’s Electra House. During World War II, Porthcurno was a government facility, with top secret telecommunications equipment and personnel housed discreetly in tunnels, just as they were at the other side of the country, inside the white cliffs at Dover.

Due to its strategic position, Dover has always been a major hub of activity for us. But Porthcurno, frankly, is in the middle of nowhere. So I was struck by just how vital this remote coastal outpost was to the war effort, its messages probably saving many thousands of lives. How its location was kept secret for so many years is beyond me; the Germans knew there was a telecommunications facility on that stretch of coast, and sent planes on frequent reconnaissance missions, yet could never pinpoint its exact location.

The Cornish locals, curious about all the blasting and tunnelling, were told that staff at Eastern House, where transatlantic messages were handled, were digging a shortcut to a local pub. Whether anyone believed such a far-fetched tale, I don’t know. Nor what they thought when so many army trucks and soldiers arrived, pillboxes and barriers were erected, and locals had to produce identity papers just to move in and out of their own village! But in those days, careless talk cost lives …

I visited PK Porthcurno Museum on a sunny spring day in 2019, and was entranced by old photographs of camouflaged buildings and fortified beaches, along with specialist equipment for sending and receiving coded messages all around the world. This was when an idea for a WWII saga took shape in my mind. Unable to confirm whether women ever worked in these underground tunnels, such was the secrecy that shrouded Porthcurno’s codebreaker activities, I instantly decided that they would in my story!

Having grown up with my mum’s tales of a childhood spent dodging bombs in the Blitz before being evacuated to the countryside, it wasn’t hard to come up with my cast of characters. Violet is a hardbitten Eastender who takes her orphaned nieces to Cornwall to escape the war, and then there’s my lively chorus girl, Eva, nearly killed in a bomb blast, who heads west to join her army father. Completing the line-up is my local housewife, Hazel, a Cornishwoman with a teenage son desperate to join up and a husband away fighting, who just needs a job to make ends meet.

Looking out from Eastern House towards the gorgeous sands of Porthcurno beach, I could already see how all three women would converge in this secluded spot, to find themselves helping the war effort together in ways they could never have imagined …