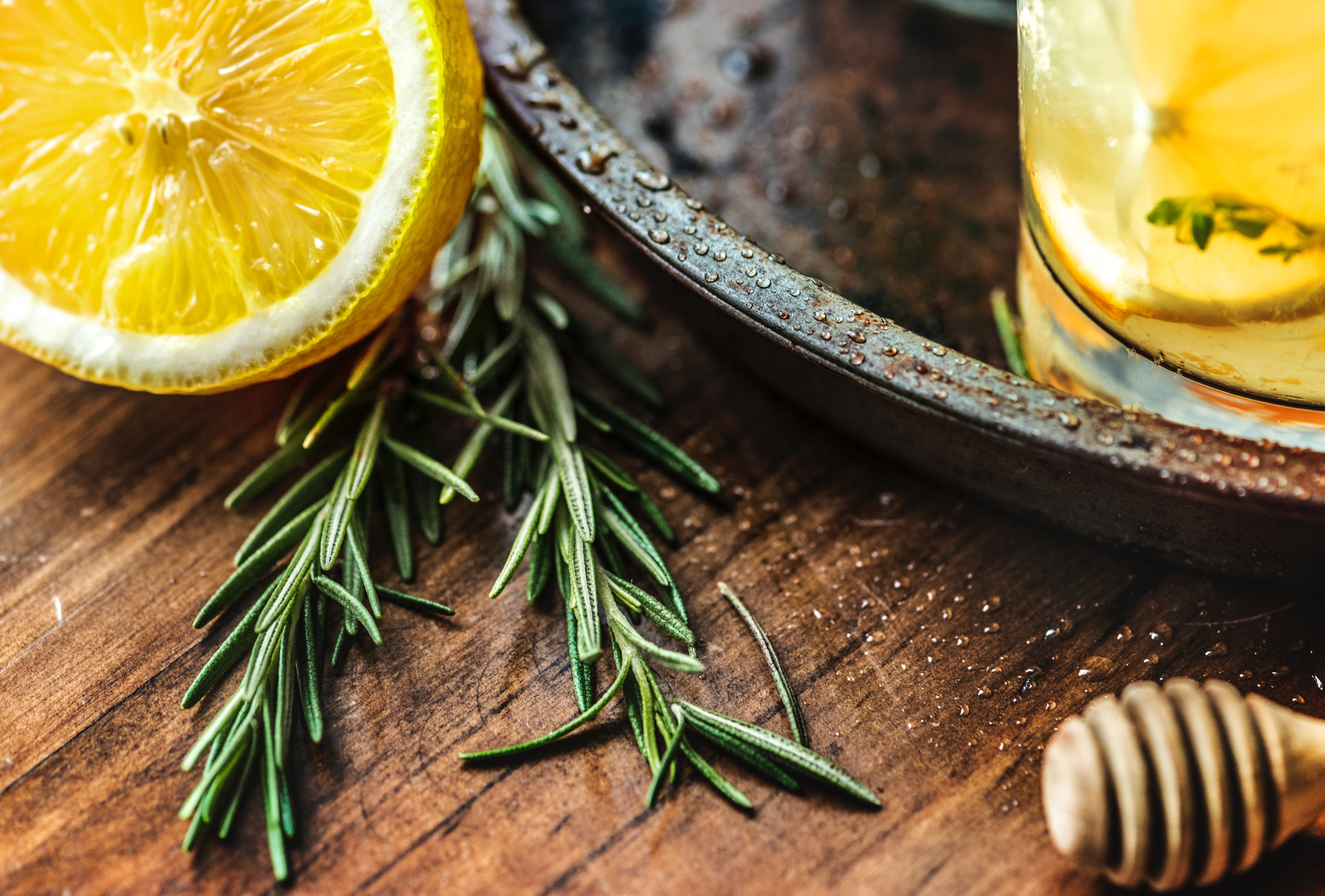 How to grow and use your own herbs

The dictionary defines a herb as a plant ‘of which the leaves or stem and leaves are used for medicine or for their scent or flavour’. Many of our most common herbs arrived in the UK with the Romans and they were the only form of medicine that we had until well into the Victorian era. Today, we are far more likely to be familiar with herbs for their culinary uses than for the healing purposes described in Sarah’s Story, but there are quite a few things we can do with the herbs we grow to appreciate their scent, too.

The scent is produced by aromatic oils in the plants – usually in the leaves rather than the flowers, which are quite small in most of our common herbs. Herbs are often grown in sensory gardens, where visitors are encouraged to brush against the leaves or squeeze them lightly to release the oils. You can encourage this in your own garden by planting herbs along the edges of paths – this also makes them easy to reach when you want to cut sprigs for cooking.

You can grow many herbs from seed in spring and transfer them to the garden once the weather warms up, although in most cases you will need a mini propagator or warm windowsill to get your seeds started if you don’t have a greenhouse. Others, such as rosemary, are better grown from cuttings. Many herbs originate from the Mediterranean so once they are in the garden they enjoy plenty of sunshine and well-drained soil. Herbs with woody stems, such as rosemary and thyme, are generally drought tolerant, but if they have fleshy stems, such as basil and coriander, you will need to water daily when the weather is hot.

For many people, though, the perfect herb garden will be one you can grow in pots outside on a balcony or patio, or indoors on a sunny kitchen windowsill.

For many people, though, the perfect herb garden will be one you can grow in pots outside on a balcony or patio, or indoors on a sunny kitchen windowsill. You can begin with a few starter plants from a garden centre – look out for special herb collections in which a few of the basic herbs such as rosemary, thyme, sage and chives are already combined for you. Basil and coriander plants can be added from the supermarket – they will thrive outside in the summer but must be brought indoors in late summer and kept on a warm, light windowsill.

For a display outside, plant up your herbs in pots of different shapes and sizes so that they will look good grouped together – traditional terracotta flower pots, metal troughs, old stone sinks and wooden crates all look great filled with herbs. Mix different leaf shapes and plant sizes together; for example, blue-flowered rosemary grows tall and shrubby so add a low-growing herb such as pink-flowered thyme around the edge of the pot. Chives have glorious pink flowers and distinctive tubular leaves, while the shape and silvery hairs of sage leaves make it an attractive variety for either a pot or in a border. Purple sage in particular is often grown ornamentally because of its glorious colour. Dill has attractive feathery foliage and small bright yellow flowers. Mint should always be grown in a pot, even when included in herb patch – simply sink the pot into the ground, otherwise this invasive plant will start to spring up everywhere.

Some of the key culinary herbs, their characteristics and uses:

Glossy green leaves with a wonderful flavour when crushed. Use torn leaves in pasta sauces, salads, with tomatoes and combine with garlic, parmesan and pine nuts to make pesto.

Tubular leaves and pink globular flowers – both have mild onion flavour. Use flowers in salads and snip the leaves into scrambled eggs or soured cream to dress baked potatoes etc.

Young, fresh leaves are pungent with a distinctive flavour and often used in Indian recipes. Seeds are aromatic and also used in cookery.

The seeds are used to relieve digestive problems and the feathery leaves and yellow flowers are used to flavour fish dishes.

Has a wonderful lemon scent and the leaves can be used to flavour summer fruit dishes as well as to make a tea to aid sleep.

A member of the oregano family, sweet marjoram has tiny tubular white flowers and oval leaves, which are soft and aromatic and used to flavour pizzas and dried to add to Mediterranean herb mixes.

There are many different varieties of this plant, with different strengths of flavour, but spearmint or garden mint is the common herb patch variety. The small, mauve flowers are held in spikes and the leaves add flavour and aroma to new potatoes and an array of summer dishes, as well as being used to make tea.

This plant loves the sun, which develops the aromatic oils in its leaves, making it perfect for using fresh to flavour tomato sauces, pasta, and lamb and fish dishes. Dried, it is another key component of Mediterranean herb mixes.

Both flat-leafed parsley (often confused with coriander due to the similar leaf shape) and curly parsley are culinary favourites, the latter often used as a garnish or for its mild, fresh flavour. Flat-leafed parsley is used to flavour fish dishes, soups and sauces.

Probably the best known of the herbs, this has tiny blue flowers and highly aromatic needle-shaped leaves, which are used to flavour lamb, roasted vegetables, focaccia, used to flavour stews and dried to add to Mediterranean herb mixes.

Aromatic, blue-green velvety leaves and purple flowers in summer. Leaves used to flavour pork and liver dishes and in stuffing and sauces. The purple variety has purple-red leaves with a milder flavour.

Small, with pale pink flowers and tiny dark green, aromatic leaves, which are used to flavour chicken, lentils, butter and in stuffing and sauces.

Once your basic herbs are established, there are many other herbs that you might want to consider growing, such as tarragon, fennel, lemon balm, summer and winter savory and, of course, lavender.