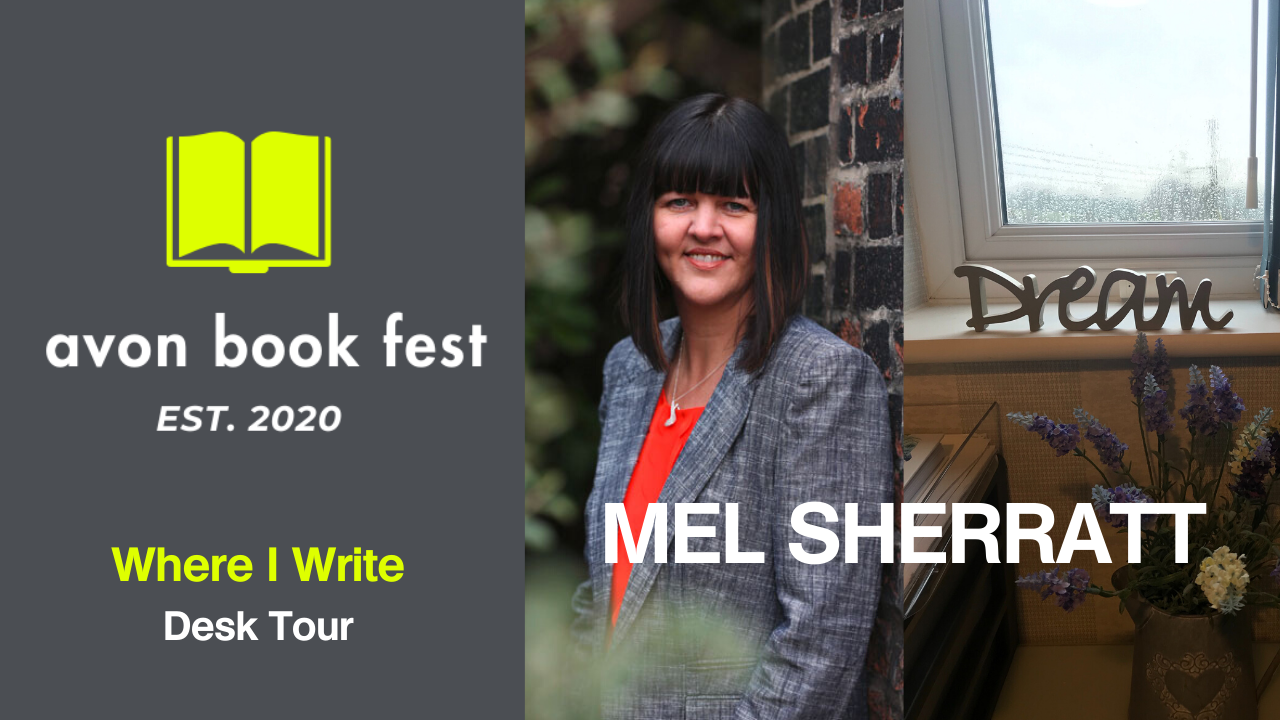 Where I Write with Mel Sherratt

I moved home three years ago. I do love our new place, but my office is a lot smaller. Having said that, I live in a bungalow now and there is a larger spare bedroom that I could move into, but I don’t. So I guess I like this one.

I have lots of personal things around so I thought I’d share three of those with you. The first one is the ‘Dream’ that you can see in my window. It was bought by my niece when she was fifteen. She’s nineteen now, and it always makes me smile when I look at it and think of her. 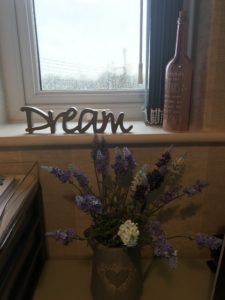 It was one of the first things that she picked for me herself and bought me for Christmas. My niece reminds me of myself so much when I was that age and, as I don’t have children, she’s the nearest I’ll get to a mini-me.

The second one is the photo of the wall, next to the window. I won it in 2017. My local newspaper, The Sentinel, runs an annual ‘Our Heroes’ awards ceremony. I’ve been lucky enough to be involved with it for the past few years. It’s where we celebrate the people in our city that you might not hear of, nominated by the people of the city for things such as hero on duty, good neighbour, children of courage, best charity etc. 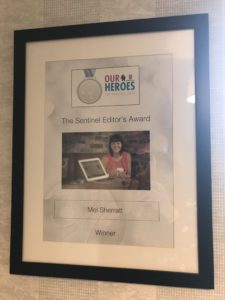 That year was the first that I’d been a judge too and was due to give out an award, the final one, the editor’s award. As I went on to the stage to give the award out, the tables were turned and I was actually the winner! I have never been so touched, and so honoured. It was truly humbling. So that definitely takes pride of place.

I also have a lot of motivational quotes around my walls and on my desk. This is my favourite, above my door. It says ‘persistence – never never ever give up – hence my hashtag #keeponkeepingon. 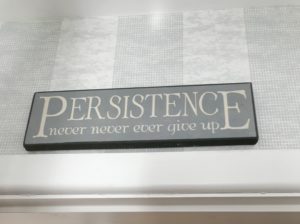 So, there you have it. My office isn’t as pretty as my last one, nor as big but it’s a nice space. Equally, I would love to put bookshelves in it. Having said that, the room would still never be big enough as I’m always buying books…