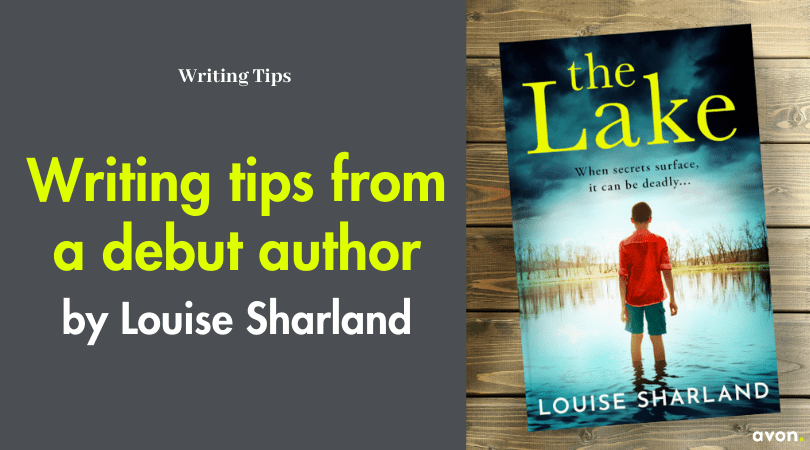 Writing tips from a debut author

Being called a debut author is a funny old thing. It’s delightful, thrilling, and just a wee bit daunting. In 2019, I won the Big Issue x Avon Books Crime Writing Competition, for which the prize was a two-book publishing deal. To say I was excited would be a gross understatement; I think I stared open-mouthed at the email for at least five minutes before it truly sunk in. In fact, earlier that week I had received my twelfth rejection from an agent and was seriously thinking of putting that book permanently on the shelf, both literally and figuratively.

This leads to my first tip (well, first two tips!): never give up and (for those of you who are Galaxy Quest fans) never surrender! Writing is hard work. I can’t tell you how many sunny afternoons, days out, lay-ins, and general lounging-around time I’ve sacrificed to get a book or short story written. In truth it isn’t a sacrifice – it’s what we do and love doing – but it is hard work. It takes dedication, prioritisation, and, above all, conquering those double demons of self-doubt and imposter syndrome. So be prepared to put in the hours, however and wherever you can, and to keep on learning and growing.

Learning and growing takes me to my next tip. Never stop developing your skills! Take classes, attend workshops, get feedback, read other writers’ work, and, most significantly, be prepared to take risks. The Lake, my Big Issue competition winning novel, had been shortlisted for a few competitions, so it definitely had legs, but it just wasn’t quite hitting the mark. Then I read an article on the benefits of the first-person point of view for psychological thrillers – you’re in the head of the protagonist, following the journey from their perspective – and suddenly I thought: why the heck am I writing a book about a woman’s intense emotional and psychological journey in third person? So, I changed it from third-person past to first-person present, making it more immediate and engaging and thus contributing to the page-turner aspect of the book – and this time, I wasn’t just shortlisted, I won!

Being prepared to learn and grow is also an important part of the editing process. For me, there were title changes, plot additions and subtractions, and plenty of murdered darlings, but it was probably one of the most useful learning opportunities I have ever experienced. Luckily, I had a gifted and empathetic editor in Molly Walker-Sharp, so it was very much a positive and collaborative process. Of course, there is a time to stand your ground with your work, but my suggestion would be to explore the options first with an open mind and take on board every bit of advice you can.

Finally, never give up (oops, I’ve already said that haven’t I?). As previously mentioned, the same week I received my twelfth rejection, I won the two-book deal, so giving up would have resulted in me missing out on this extraordinary opportunity. I would be lacking in my duty however if I didn’t mention the reality check a bit. One of my favourite authors Mick Herron, spoke a few years ago on our MA Crime Writing course at the University of East Anglia. He said that it wasn’t until his sixth book was published that he could quit the day job. So, keep your day job, but keep on writing. Keep on experiencing the joy and wonder of putting words down on paper, of exploring ideas, of creating magic. Success is fleeting; writing is forever.

I always joke that I’m a thirty-year overnight success, so being called a debut author is completely accurate, but sometimes feels a bit odd. However, I am embracing it with enthusiasm, gratitude and gusto and, no matter where my career takes me – ups and downs, highs or lows – I will always keep writing. I hope you do the same.