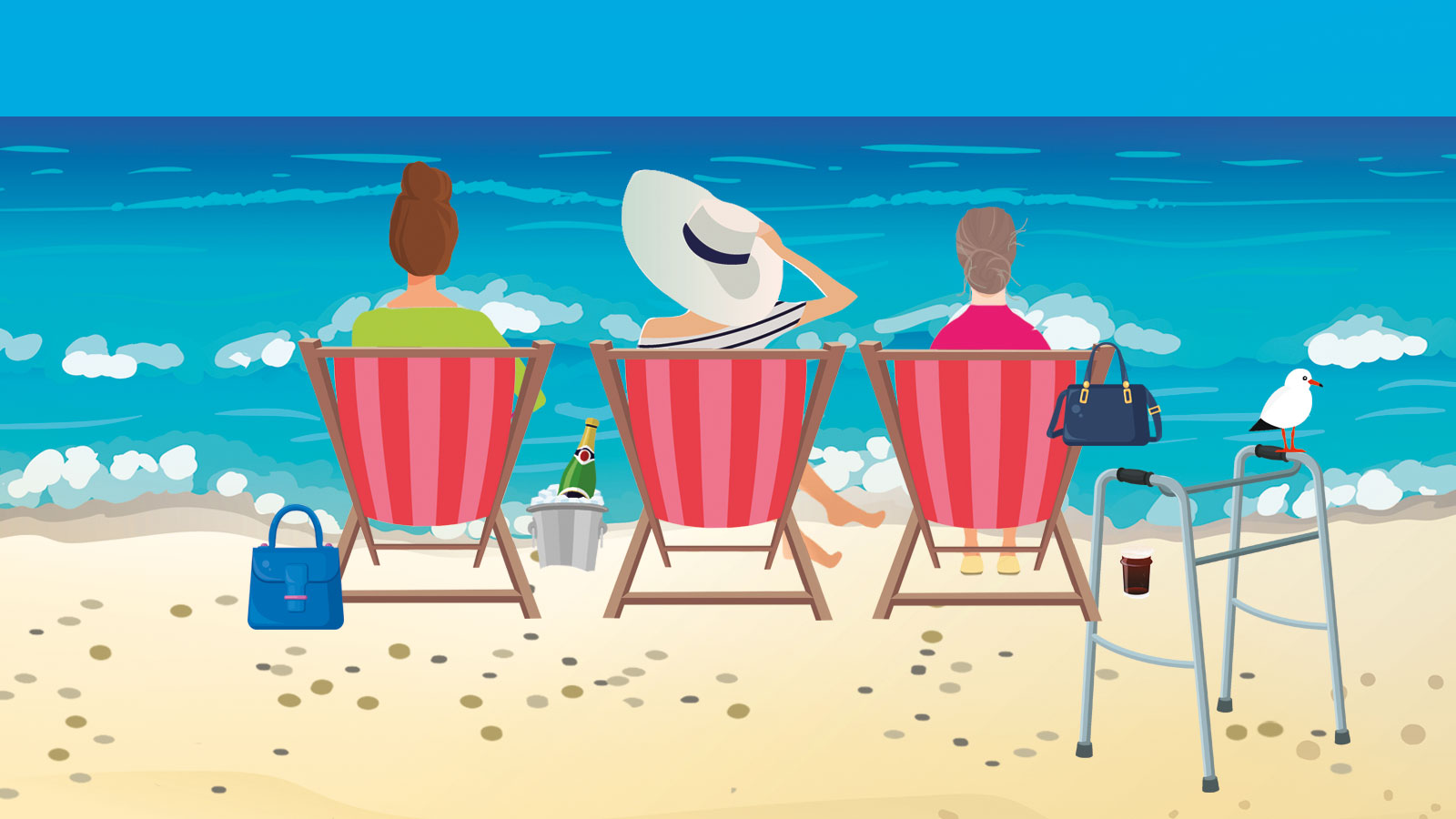 Why we need role models for older generations

My mum used to love a good romance novel. I was brought up with books strewn everywhere around the house and my mum would always have her nose in one, whatever she was doing. She enjoyed Catherine Cookson, Rosamund Pilcher and Maeve Binchy, especially tales about the lives of working class women. She’d love to find out how they made their way in the world from rags to riches, or how they’d triumph over adversity, which usually came in the shape of a difficult man or two. I used to think it paralleled her own life, except she wouldn’t really do the triumph bit. They were all spirited young women, the protagonists my mum read about, all beautiful in their unique way and invariably young, struggling to improve their lives. I read most of the books after my mum had finished with them – they were all brilliant stories, but I wondered what would happen in the happy-ever-after.

As my mum became older herself and the print in the books she read became larger, she sought out the same type of stories. She still wanted to read about women who were go-getting, who could stand up for themselves. But it occurred to me that there were no role models for her now. She read from her arm chair and dreamed about a world that was in the past, in a time long gone. She could never be one of these heroines now – she didn’t see a future for herself. And sadly, she didn’t make it to seventy.

It was for my mum, Irene, that I wrote A Grand Old Time. She was my Evie Gallagher, or at least, the Evie she could have been. I’d have loved it if she’d been able to take off to France in a campervan and have those adventures. She’d have been just as feisty and as mischievous, and I knew exactly how Evie would behave in any situation because my mum would have been that way too.

In my new novel, The Age of Misadventure, I wanted to suggest that there is hope for everyone, whatever their age.

Georgie, at fifty five, has tried to harden her emotions, having been disappointed in love. Like so many strong women I know, she is gritty and independent in order to shield herself from being hurt again but by the end of the novel, she has softened. There is a second chance for her. But it is the character of Nanny Basham that I really hoped people would take to their hearts.

At the time of writing the novel, I had recently lost my Dad. He had been living on his own since my mum died, and he’d managed to be independent until the last few years when, like Georgie, it fell to me to cook his meals, do the shopping and sort out most aspects of his life. Nan’s disgruntled words at the beginning of the book are his too. Being old and living by yourself, eating meals for one in front of the TV and not putting on the heating because it’s expensive is no picnic, and it’s often difficult for people in that position to feel positive about life.

So I wanted to allow Nan to have some freedom, and to enjoy herself.

Inside the lonely woman existing from day to day is a woman who has another life to live – she craves company, fun – she likes to party. And I wanted The Age of Misadventure to be exactly that, Nan’s chance to party.

Of course, a frail older lady now, Nanny Basham has a past and she has loved and lost. Her life is full of memories. But I want my older characters to believe they have a present time, a future to enjoy and in The Age of Misadventure, Nan has the time of her life, both on the road trip and in Sussex. She lives a completely different lifestyle, surrounded by people – she feels pampered, important and she is happy. It is no wonder that, at the end of the novel, she says that she would rather be on the run and in danger and have fun than go back to sitting in front of the TV by herself with a meal in a box.

I believe that we should try to celebrate every moment in our lives whatever age we are and whatever our circumstances.

It’s not always easy though, but books can help, as they helped my mum to dream when her life was all about routine and later, illness.  Hopefully we’ll all become older people as life expectancy increases. And perhaps we’ll benefit from having older role models, characters in novels who are flawed, who fight against adversity and come through triumphant, perhaps a little scathed, but positive and having learned something about life.

May we all enjoy our later years when, like Nan, we have earned the right to be who we are – a little feisty, a little outrageous, still glamorous and outgoing  and very much ready for some misadventure.