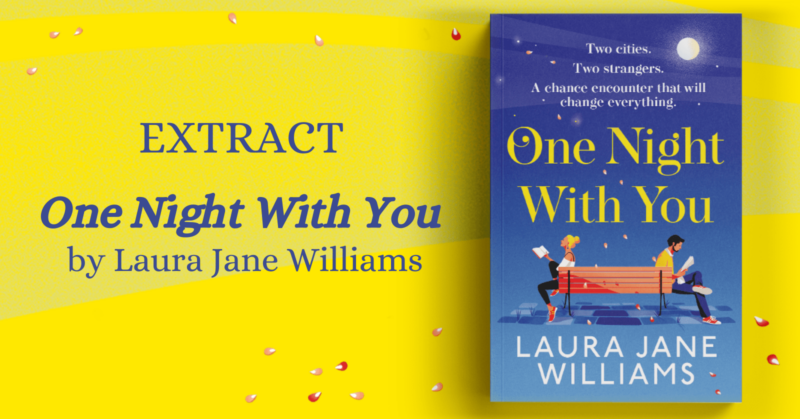 One Night With You by Laura Jane Williams – Extract

‘Bro,’ Ollie says to me down the phone, his words thick with the drowsiness of sleep despite it being just after 3 p.m. ‘I’m so sorry. Don’t have a cob on or nothin’ – I overslept. I’ve only just woken up and seen your messages. Last night got a bit wet and wild, and—’

‘Nah, come off it,’ I tell him, rolling my eyes so hard that it actually kind of hurts. Wet and wild? I don’t even want to ask. I raise my hand as I gesticulate a ‘stop’ sign, like he’s the one in front of me and not half of Ealing Broadway heading home to make a start on their weekend tea. ‘I knew you’d be MIA,’ I mutter frustratedly. ‘Honestly – I ask you for one simple thing, and you get distracted from helping me, your brother of thirty-one years, by a one-night stand—’

‘Two-night stand,’ he corrects me.

‘You get distracted from helping me by a two-night stand,’ I clarify, my eyes rolling even harder. ‘With a very nice woman whose name, as you well know, you should have got right the first time. How you got a second chance I’ll never understand. Truly. And now I don’t even know where Maple Avenue is. This is why I needed you, Ollie. I don’t know what I’m doing! Google Maps has me going around in circles.’ Ollie makes grumbles of protestation at my rant, but it doesn’t slow me down. I’m on one. ‘You’re such a letdown! I never ask you for help. And this is why!’

A woman in a rain mac and rubber boots looks over her shoulder at me in fright. I’m shouting. I’m two days into the alleged adventure of a lifetime and I’m dripping wet, lost, and running fifteen minutes behind. I hate being late. Not to mention now I’ve got no clue on how I’m supposed to get the sofa I’m about to pick up home. I’m going to have to hold out hope for one hell of an obliging Uber driver. Although, I suppose this is London. The drivers have probably seen worse. Last night, after I left Ollie at the pub, I saw a rat the size of a guinea fowl stood on its hind legs, drinking a can of full-fat Coke. Earlier I saw six fully dressed clowns climb out of a Prius being driven by a man in a leotard. Every time I thought the final clown had disembarked, another one came out. It was remarkable, really.

‘The yelling,’ Ollie whimpers, dramatically. ‘Too much yelling. Not enough congratulations for night número dos with the sexy Spanish señorita.’

I shake my head and smile in spite of myself. Ollie is ridiculous, and knows exactly how to play me – he thinks I’ve got absolutely zero game with women myself and assumes that by illuminating his own prowess, I’ll soften in the face of his ‘accomplishments’ . . . which I’d never admit to, but I kind of do. I’ve got no idea how to play the field – not really. Something tells me not to use Ollie as my reference point, despite his obvious successes, but he’s the only other bachelor I know. Everyone back home in Liverpool is seeing someone and has been for ages. It’s that kind of place.

It’s impossible to stay mad at him. He’s a typical younger sibling: his grades weren’t as good as mine were, he never got told off as much I did when we were kids, and somehow his refusal to take responsibility for anything comes off as roguish and charming. He could snog your wife and crash your car, and you’d still end up buying him a pint. It defies the laws of physics and logic, how much he gets away with.

‘I can come and meet you now?’ he offers. ‘She just left. I’ll need a shower though. I’ll tell you what, every inch of these bedsheets is covered in—’

I shake off thoughts of his dirty bedsheets, returning to the task in hand. It’s hard, stepping into a new life. But I’m doing it. I’ve never had to search for courage more than I did in deciding to start from scratch, and even though I’ve already wanted to kick something in frustration ten times today I’m still dead proud that I’m actually doing it. I tell you something – actually building this new life isn’t half as scary as the decision to leave my old one. It took me months. Years, even. I try to remember that every time I wonder what I’m doing. Safe doesn’t mean better. Safe can just mean safe. Alive but not living. Miserably comfortable. Well – not anymore for me, thanks.

Maple Avenue, the street sign says to my surprise.

Excellent. I might have found where I’m supposed to be going by accident, but I’ve found it all the same. Thank God.

One Night With You by Laura Jane Williams is out in paperback, ebook and audiobook on the 26th May 2022. 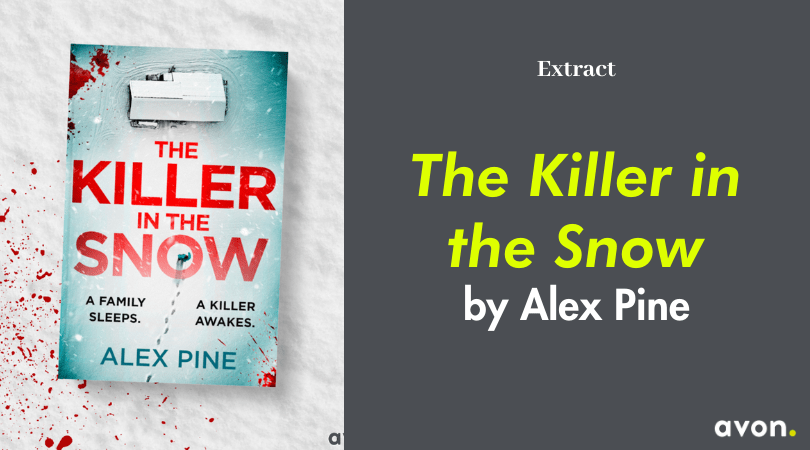 The Killer in the Snow | Extract

Whenever James was reminded of the serial killer who struck in Kirkby Abbey a year ago, he found it hard not to dwell on it. Now, as he left the cottage and drove towards Kendal, the memories came rushing back. He could still picture those dreadful crime scenes with unwelcome… Read More