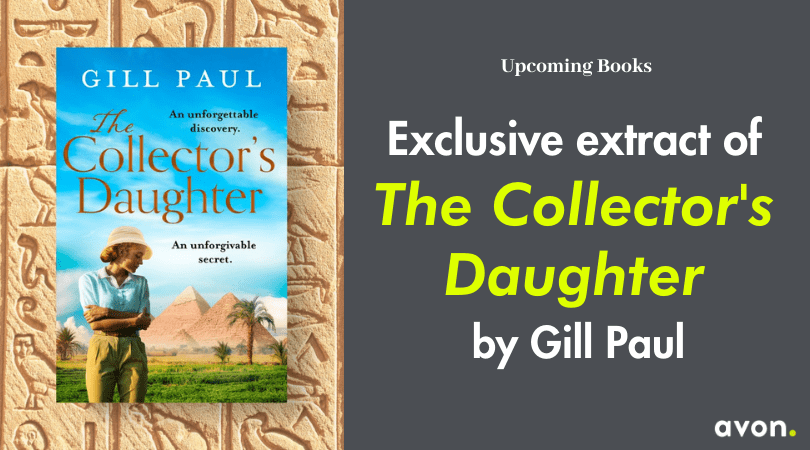 Eve opened her eyes a fraction and saw an old man sitting a couple of feet away. He had silver hair that receded on either side of his brow, leaving a widow’s peak in the center. She shut her eyes again and watched the fuzzy shapes that glimmered and danced in her visual field.

The next time she opened her eyelids the man was still there. Behind him she could make out a white room and the rectangular shape of a window.

“You’re back,” he said with a choking sound, as if he was overcome.

She tried to focus on him, blinking against the light. His eyes were red-rimmed behind wire spectacles. He was wearing a suit and tie. She looked down and realized he was holding her hand. At least, the hand was attached to an arm that led up to her body so it must be hers, but she couldn’t feel it, couldn’t make the fingers respond. That wasn’t good.

“You’ve had one of your funny turns, Pipsqueak,” he said. “You’re in the hospital. You’ve been here before and you’ve always come bouncing back so I’m sure you will this time.” His voice was wobbly. He had been crying.

She looked around. There was a tube in her other arm, attached to a bag with clear liquid in it. She remembered she’d had one of those before.

Who was the man? Was he her father? She frowned. That didn’t feel like the right answer. He couldn’t be a doctor because he wasn’t wearing a white coat. Maybe he was her husband.

“Hu . . .” she said, but the word wouldn’t come. She remembered that too. She must have had a . . . what was it called? A stroke. Strange word. Strokes should be gentle, the way you stroke a dog or a horse, but the type she had were cruel. They stole bits of her brain and didn’t always give them back again.

Her husband—that’s who the man was, she remembered now. And his name was Brograve. Sir Brograve Beauchamp. He was saying that she had been good as new after previous funny turns, but he was lying. She remembered the tedious weeks of rehab, when people spoke to her as if she were a child. She had to learn to talk and walk again, and afterward, when she got home, she always felt a bit less herself, as if a chunk had been taken out of her.

She closed her eyes, exhausted at the thought of all the hard work ahead, and slid into drowsy sleep.

It was five to six when Brograve left the ward. Their daughter, Patricia, would be waiting outside the entrance at six, hovering on the yellow lines. If he was late, one of the parking attendants would tell her to move on. At least this time he had good news for her—that Eve had regained consciousness. It had been almost two days. He stopped to blow his nose and lifted his glasses to dab his eyes before stepping into the revolving glass door.

“Oh, thank god!” Patricia said when she heard the news. “Did you talk to the doctor? What happens next? When will they start the speech therapy? And physio?”

Always impatient, just like her mother, Brograve thought. He allowed himself a faint smile. “When they think she’s ready. You know how it is.”

“I’ll come in with you tomorrow. Thank god she’s awake. Did she know who you were?”

“I went to your flat, by the way. Watered the plants and picked up the post. There were a few letters that have been redirected from Framfield. They’re all on the back seat.” She clicked the indicator and pulled out into the traffic.

Brograve turned and saw the pile. He tried to reach back through the seats but a twinge in his lower back stopped him. They would wait till he got to Patricia’s.

“I should move home to give you and Michael your privacy,” he said.

“Nonsense, Dad. I won’t hear of it. You’ll stay with us until Mum’s ready to be released from hospital. You know you’re useless at looking after yourself.”

Useless? he thought. That was unfair. “Mrs. Jarrold does the cleaning and laundry, and I’m sure she would leave me supper on a tray.” His voice tailed off. Eating on his own, in front of the television set, was not an appealing thought. He pictured himself doing the washing-up, then having a nip of whisky in front of the ten o’clock news, and it made him sad. No, maybe he’d stay with Patricia and Michael awhile longer, if they’d have him.

He sat at their kitchen table opening his letters while Patricia prepared dinner. There was an electricity bill, a bank statement, their tickets to a forthcoming dinner at the House of Commons . . .

One letter addressed to Eve had an Egyptian stamp on it, and had been sent to the country house in Framfield they had sold the previous year. He hesitated, then opened it.

“Dear Lady Beauchamp,” it began. The letterhead was that of a university in Cairo, and underneath was typed: “Dr. Ana Mansour, Faculty of Archaeology.” He skimmed the letter.

We have recently discovered the tomb of an Ancient Egyptian man known as Maya, in a site at Saqqara. As I’m sure you know, he was the overseer responsible for the burial preparations for several kings of the Eighteenth Dynasty. He left detailed notes on papyrus that we have been interpreting in my department.

We are puzzled because there are several key anomalies between the items Maya says he left in the burial chamber of Tutankhamun and the catalogue of the excavation made by Howard Carter in the 1920s. Since you are the only person still alive who was present at the opening of the tomb, I would very much appreciate an opportunity to ask you some questions. I will fly to London at your earliest convenience.

Brograve put down the letter and scratched his brow. Before this latest stroke, he knew Eve would have been happy to talk to Dr. Mansour. She was knowledgeable about Egyptology in general and could cite chapter and verse on the discovery of Tutankhamun’s tomb in 1922, which had been funded by her father, the late Earl of Carnarvon.

What did Dr. Mansour mean by “anomalies” though? The records would never match up after three millennia. Weren’t there supposed to have been a couple of robberies in ancient times? And everyone took souvenirs back in 1922. He thought of the gold box Eve had kept as a memento from the tomb—a stinky old thing with some kind of ancient ointment in it. That wouldn’t have appeared in Howard’s catalogue.

How should he reply to this letter? He glanced at the date and realized it had been written in April—three months earlier. There was no rush. Academic studies tended to take years to complete. He would wait until Eve was better and then she could reply herself.

The Collector’s Daughter by Gill Paul is out 30th September in ebook, paperback and audiobook. Available to pre-order now. 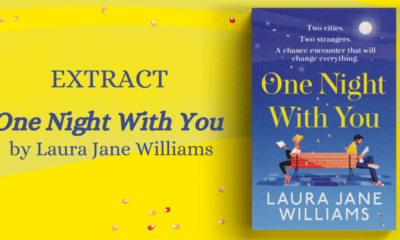 One Night With You by Laura Jane Williams – Extract

Chapter 1 – Nic ‘Bro,’ Ollie says to me down the phone, his words thick with the drowsiness of sleep despite it being just after 3 p.m. ‘I’m so sorry. Don’t have a cob on or nothin’ – I overslept. I’ve only just woken up and seen your messages. Last… Read More