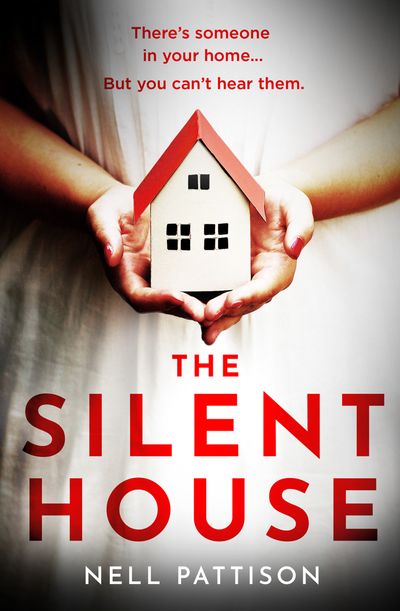 But the Hunter family are deaf, and don’t hear a thing when a shocking crime takes place in the middle of the night. Instead, they wake up to their worst nightmare: the murder of their daughter.

The police call Paige Northwood to the scene to interpret for the witnesses. They’re in shock, but Paige senses the Hunters are hiding something.

One by one, people from Paige’s community start to fall under suspicion. But who would kill a little girl?

Was it an intruder?

Or was the murderer closer to home?

This mystery will keep you up all night – perfect for fans of The Silent Patient and Cara Hunter.

‘A nail-biting page-turner of a thriller … The sense of a community isolated, and all the conflicts and tensions that brings, adds satisfying layers of complexity’ James Oswald

‘Delicate, brutal, impossible to put down. The Silent House is a disquieting thriller’ Ross Armstrong

‘A unique, chilling, fast-paced read that plunges you into a world of silence that has so much to say’ Deborah Masson

‘A superb innovation for the crime genre … a brilliantly terrifying premise and a twisty, gripping tale’ Philippa East

The main character in The Silent House is a British Sign Language interpreter called Paige Northwood, and when she receives an emergency call-out from the police she finds herself thrown into a murder investigation. I had known for a while that I wanted to write a novel featuring the Deaf… Read More