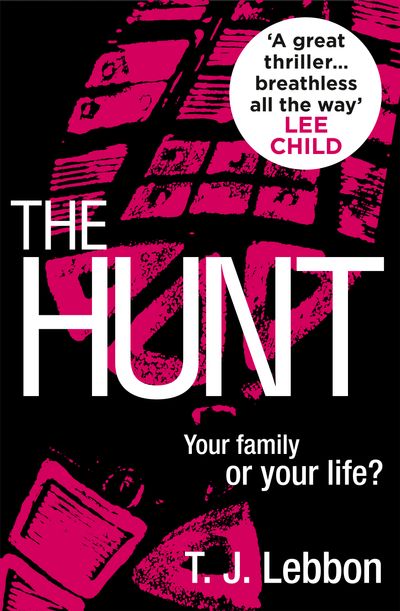 ‘A GREAT THRILLER … BREATHLESS ALL THE WAY!’ LEE CHILD

*‘A PACY THRILLER THAT HAD ME ON THE EDGE OF MY SEAT!’ SUN*

Chris returns from his morning run to find his wife and children missing and a stranger in his kitchen.

If he’s caught and killed, his family go free. If he escapes, they die.

Rose is the only one who can help him, but Rose only has her sights on one conclusion. For her, Chris is bait. But The Trail have not forgotten the woman who tried to outwit them.

***The cruellest game. The highest stakes. Only she can bring his family back alive***

Author: T.J. Lebbon
Format: ebook
Release Date: 18/06/2015
ISBN: 978-0-00-812289-8
Tim J. Lebbon is a New York Times-bestselling writer with over thirty novels published to date, as well as dozens of novellas and hundreds of short stories. He has won four British Fantasy Awards, a Bram Stoker Award and a Scribe Award, and been shortlisted for the World Fantasy and Shirley Jackson awards. A movie of his story Pay the Ghost, starring Nicolas Cage, will be released soon, and several other projects are in development. He lives in the Monmouthshire countryside with his wife Tracey, children Ellie and Dan, and his dog Blu. He enjoys running and biking in the hills, and sometimes he imagines he's being chased. The Hunt is Tim J. Lebbon's first thriller.

‘A GREAT THRILLER … BREATHLESS ALL THE WAY!’ LEE CHILD

*‘A PACY THRILLER THAT HAD ME ON THE EDGE OF MY SEAT!’ SUN*