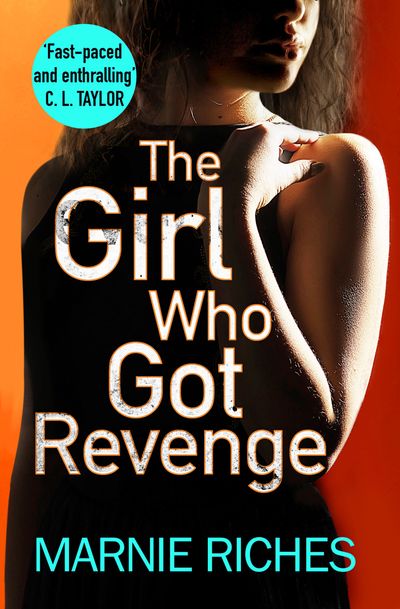 The Girl Who Got Revenge

‘Fast-paced, enthralling and heartrending; I couldn’t put it down’ C. L. TAYLOR

Criminologist George McKenzie is called in to help crack the case before it’s too late. But the truth is far more deadly than anyone can imagine… Can George get justice for the dead before she ends up six-feet under too?

A heart-racing thriller packed with secrets, lies and the ultimate revenge, perfect for fans of Steig Larsson and Jo Nesbo.

The fifth gripping thriller in the Georgina McKenzie series.

Author: Marnie Riches
Format: Paperback
Release Date: 03/05/2018
Pages: 336
ISBN: 978-0-00-828508-1
Marnie Riches grew up on a rough estate in Manchester, aptly within sight of the dreaming spires of Strangeways prison. Able to speak five different languages, she gained a Masters degree in Modern & Medieval Dutch and German from Cambridge University. She has been a punk, a trainee rock star, a pretend artist, a property developer and professional fundraiser. In her spare time, she likes to run, mainly to offset the wine and fine food she consumes with great enthusiasm.

The Girl Who Got Revenge

‘Fast-paced, enthralling and heartrending; I couldn’t put it down’ C. L. TAYLOR