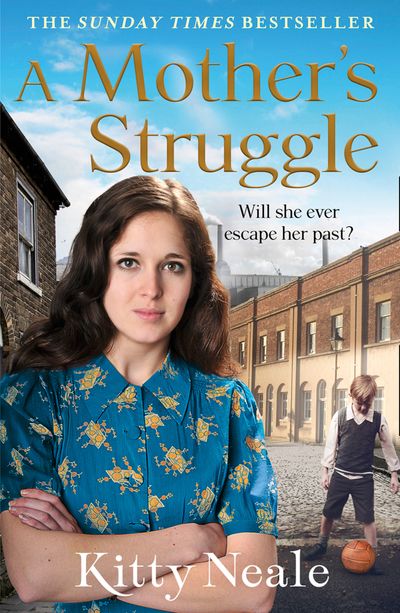 A mother must fight to protect all she holds dear…

Thirteen years have passed since Kevin Dolby was sent to prison for robbery with violence.

In the meantime, his ex wife Pearl Button has divorced him and remarried, determined to protect her son from knowing who his real father is.

Then she hears two pieces of terrifying news – Kevin Dolby is up for parole and that her dear friend Bessie is gravely ill.

Bessie has taken on Nora Dobbs, a young woman and she asks Pearl to take over her care when dies. Pearl, thinking that Bessie will recover from her illness and live for many more years, agrees, but less than a week later, Bessie passes away.

Pearl will now have to take over Nora’s care and plans to take her to Winchester. However, when Bessie’s will is read, she has left the shop and premises to Pearl, yet with a proviso. Pearl not only has to take over Nora’s care, she must do it in Battersea, moving into the shop and premises and living there for the rest of Nora’s natural life. Then, and only then, can she sell up.

While Pearl is persuaded to move back to Battersea, Kevin is granted parole but desperate for money, approaches his parents. Once he gets what he wants Kevin intends to see his son, and nothing is going to stand in his way.

Author: Kitty Neale
Format: Paperback
Release Date: 08/12/2011
Pages: 400
ISBN: 978-1-84756-243-2
Kitty Neale was raised in South London and this working class area became the inspiration for her novels. In the 1980s she moved to Surrey with her husband and two children, but in 1998 there was a catalyst in her life when her son died, aged just 27.After working for 2 years with other bereaved parents in a support group, Kitty took up writing as a form of catharsis, and now lives in Spain with her husband.

A mother must fight to protect all she holds dear…