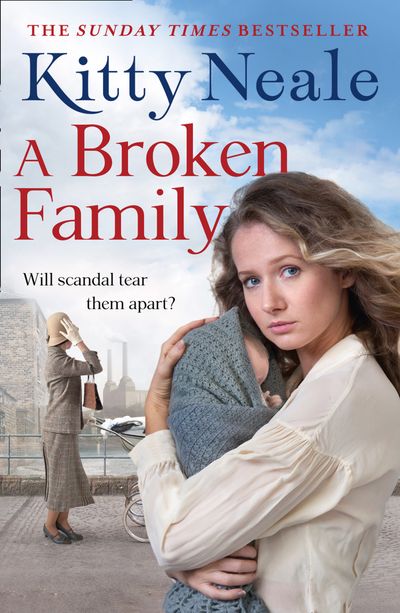 Will jealousy and hatred tear them apart?

Celia Frost has always thought herself a cut above the other residents of Lark Rise in Battersea. When her beloved son, Thomas, starts seeing Amy Miller, a girl from the bottom of the Rise, Celia disapproves, thinking her common.

When Celia’s husband leaves her and Thomas announces he is to marry Amy, she is more determined than ever to split them up.Celia needs an ally, so she writes to her elder son, Jeremy, asking him to come home.

Jeremy’s arrival unleashes a tide of jealously and hate. He wants everything that belongs to Thomas – especially Amy. As Jeremy’s dangerous obsession for his brother’s wife grows, Amy must fight for her marriage, and her baby.

A gripping, heartbreaking and gritty family drama from the Sunday Timesbestseller, perfect for fans of Nadine Dorries, Katie Flynn and Dilly Court.

Author: Kitty Neale
Format: Paperback
Release Date: 06/12/2012
Pages: 400
ISBN: 978-1-84756-244-9
Kitty Neale was raised in South London and this working class area became the inspiration for her novels. In the 1980s she moved to Surrey with her husband and two children, but in 1998 there was a catalyst in her life when her son died, aged just 27.After working for 2 years with other bereaved parents in a support group, Kitty took up writing as a form of catharsis, and now lives in Spain with her husband.

Will jealousy and hatred tear them apart?