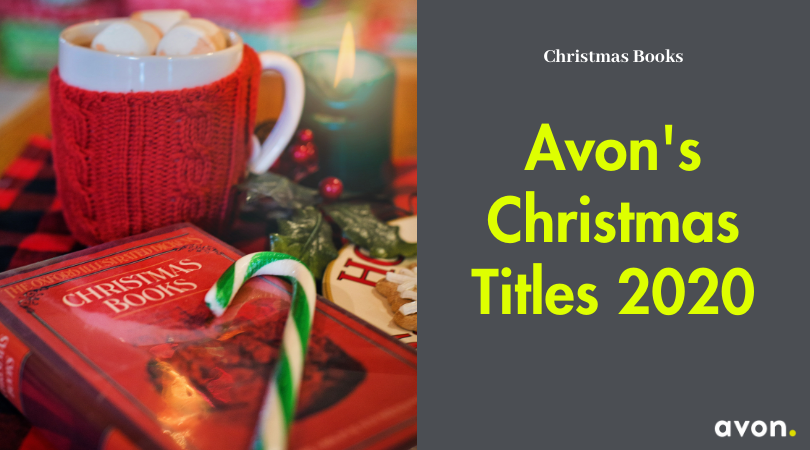 This year we’ve released six new winter titles perfect for reading during this festive season. From crime thrillers to cosy women’s fiction. Whether you’re looking for your next read or the perfect Christmas gift, there’s a book for everyone.

It’s been a year since Lottie’s fiancé walked out, leaving her heartbroken. But things start to look up when she lands her dream job at a beautiful Lake District estate, with a handsome groundskeeper for a neighbour.

So when Lottie is asked to organise a last minute Christmas wedding at Firholme, she can’t wait to get started. Until she meets the couple, and discovers that Connor, the man who broke her heart, is the groom-to-be.

As snow falls on the hills, can Lottie put aside her past to organise the perfect winter wedding? And will there be any festive magic left to bring Lottie the perfect Christmas she deserves?

Christmas is around the corner, and Alfie and George can’t wait. This year, the residents of Edgar road have come together to put on a festive show and raise money for a local homeless shelter.

As December approaches, plans are in full swing: auditions are being held, props are being built, Alfie and George are rehearsing daily, and everyone is having a very merry time.

But then things start to go wrong. And when the residents arrive at the theatre one morning to discover their set has been trashed, it becomes clear someone is trying to sabotage their performance.

Alfie and George know it’s up to them to find the culprit and save the day. Because, after all, the show must go on…

Out now in eBook, Hardback and Audiobook.

Hannah and Nico are meant to be together.

But fate is keeping them apart…

As soon as Hannah bumps into her brother Rob’s best friend Nico in Stockholm, the two rekindle a fast friendship. But Hannah has a boyfriend – and Nico has two children to look after.

When Hannah loses her beloved shop in Stockholm, though, she is forced to move back to the little village of Middledip – only to find Nico has just moved in too. Under the same snowy sky, can the childhood friends make a romance work – or are there too many obstacles standing in their way?

Out now in eBook, paperback and audiobook now.

One Family Christmas by Bella Osborne

A big family. A whole lot of secrets. A Christmas to remember…

This year, Lottie is hosting one last big family Christmas at the home she grew up in – just like her Nana would have wanted.

But when her relatives descend on the old manor house, Lottie gets more than she bargained for. Every family has its secrets, but in this family, everybody has one!

So, between cooking a Christmas dinner, keeping tensions at bay and a stray dog out of mischief, she has plenty on her plate (and not just misshapen sausage rolls and a frozen turkey). And then her first love shows up – nine years after he walked out of her life.

Can Lottie make their last family Christmas one to remember… for the right reasons?

The Christmas Killer by Alex Pine

As the snow begins to fall, the body count begins to climb…

DI James Walker is ready for a quiet family Christmas in the sleepy village of Kirkby Abbey.

But when he opens an early Christmas present left on his doorstep, he soon realises it is no gift. Inside is a gruesome surprise, and a promise – twelve days, twelve murders. Not long after, the first body is found, half frozen in the snow.

As the blizzards descend, panic spreads through the remote Cumbrian village – there’s a killer amongst them, and with eleven more victims to go, anyone could be next….

Can James stop the killer before they strike again?

What happened while they were sleeping?

A school for the deaf takes an overnight trip to the snowy woods. Five teenagers go to sleep, but only four wake up. Leon is missing, and a teacher’s body is found in the forest…

Sign language interpreter Paige Northwood is brought in to help with interrogations. Everyone at the school has a motive for murder – but they all have an alibi.

As Paige becomes increasingly involved, she suspects there’s something sinister going on. With the clock ticking to find Leon, only one thing is certain: the killer is among them, and ready to strike again…