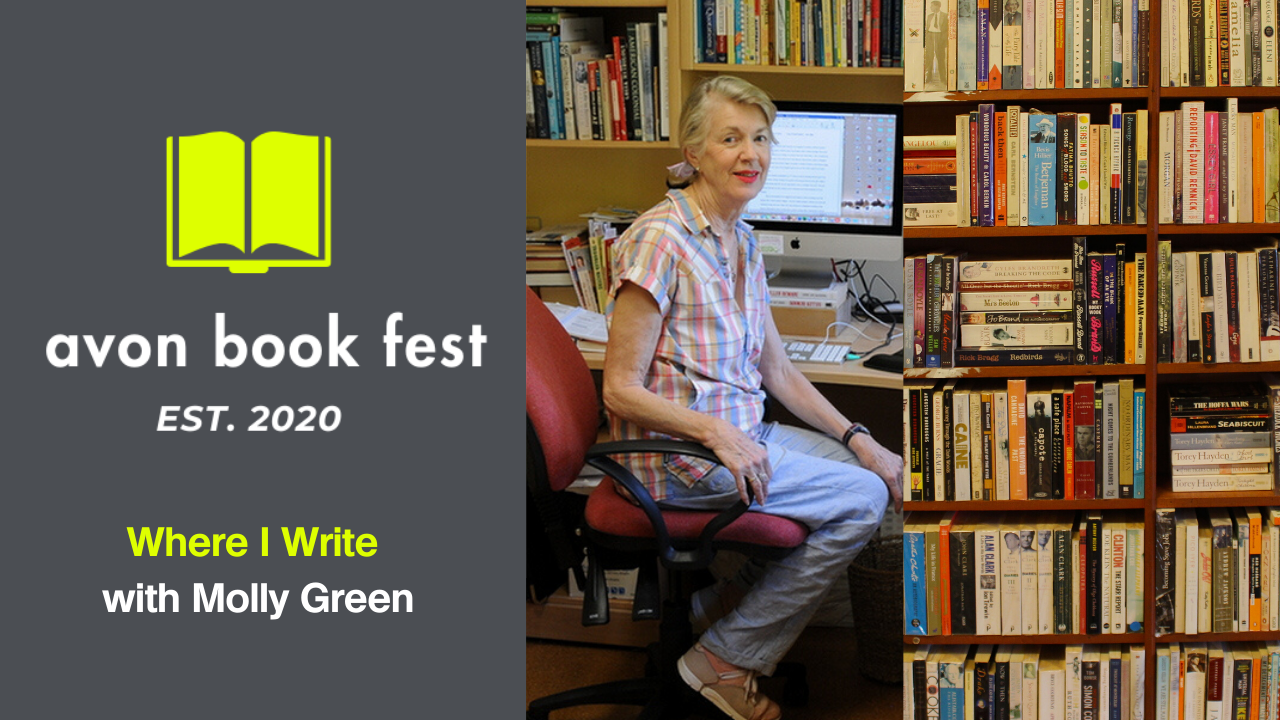 Where I Write with Molly Green

A cabin in the garden

When my husband, Edward, and I moved to our bungalow set amidst a half-acre garden, I was thrilled. The garden would be plenty big enough to take a railway carriage! That would be the perfect place for my writing. I’ve always been crazy about trains. I once completed the longest train journey in the world on the Trans-Siberian Express from London to Shanghai. My second longest train journey began in Australia’s Northern Territory on the famous Ghan, ending on the east coast at Port Douglas. So you can see why a train would be my dream place to write.

I once watched a programme on TV where an old boy had spent the best part of his life renovating a railway carriage in his garden which became the love of his life. I admit I was madly jealous. But here was my opportunity to have a carriage of my own. I was sure Edward could take on such a project, as he’d restored several listed properties over the decades.

But he was horrified at my suggestion and wasted no time in pointing out all the reasons why it wasn’t going to happen – the half a million pounds to deliver it by crane and refurbish it being only one of them. My sister pointed out a dilapidated workshop at the bottom of the garden saying it would make a perfect writing cabin. Unfortunately, Edward had his eye on it but after much pleading from me he reluctantly gave it up. At least it was the same shape of a carriage, being long and thin. My builder did wonders in transforming it, and finally fitted a long worktop and built-in cupboards and drawers, then squeezed bookshelves into every possible space. The result was even better than I’d hoped. If I couldn’t have a railway carriage, this was definitely the next best thing! 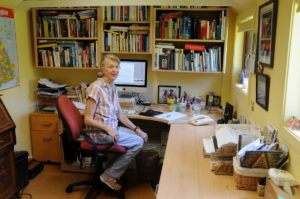 In these strange times we’re living in, I’m shielding my husband who has serious health issues. The cabin acts like a sanctuary when I’m able to retreat there most days for a couple of hours or so. Immediately I walk through the cabin door any worries fall away. To the left there’s a small sofa and armchair, and my wireless. It’s great to sprawl on the sofa reading research books, having a peaceful coffee break, and even some precious thinking time. That’s the first section, divided by a hand-painted folding screen leading to the larger area. A sign on one of the painted ceiling timbers points the way: Operations Room. I bought this mock-up RAF sign from the Imperial War Museum – most appropriate, I decided, for the Second World War novels I mainly write. It also serves as a reminder that this is the area where I need to get down to the serious business of writing. It’s also a cue for my cat, Dougie, to make his contribution to the novel by deliberately walking over my keyboard! 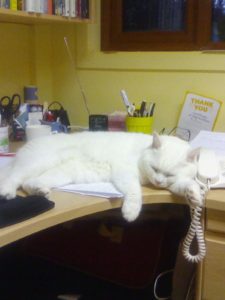 When I’m sitting at my computer, if I glance to the right I have a stunning view of the garden with its lawn and flowerbeds, apple, pear and plum trees, completely sheltered by tall oaks and beeches along the boundaries, with not another house in sight. In this warm weather when I open the cabin windows I can hear the nearest neighbour’s chickens loudly clucking away in their pen. Since the lockdown, the neighbour kindly leaves me a half dozen eggs on my doorstep every week. I’m in awe – they’re the size of goose eggs! No wonder the chickens make such a racket! A white streak tears across the grass. It’s Dougie, probably chasing some other cat who’s dared to stray into his territory.

But it’s no good sitting and staring out of the window for too long. I need to stare at the blank page on my screen. I have a novel to write.